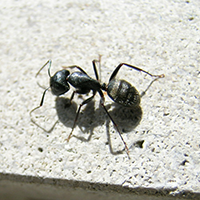 Carpenter ants are social insects with colonies that normally contain one reproductive queen (which may never leave the nest) supported by hundreds or thousands of worker ants. They are among the largest ants, with workers ranging in size from approximately ¼” to ½” long. Carpenter ants are one of the most prevalent insects in New England.

While termites actually feed on wood, carpenter ants excavate cavities in the wood for nesting. They feed on other materials, such as human food, honey dew from aphids, and/or other insects, including other carpenter ants. Carpenter ants show a preference for starting their nest cavities in soft, damp or rotting wood, though these cavities may subsequently be extended into dry, sound wood, causing considerable damage.

Spraying store bought, consumer-grade chemicals will often kill or repel the foraging worker ants that crawl over them, with the problem only to return a short time later. Meanwhile, the queen is still laying eggs, while the workers continue to expand the size of the nest, possibly causing structural damage that you may not know about until it is too late.

Most traditional pesticides have a residual life of only 30 days. When the residual is gone, the problem may still exist. Our unique ant treatments target the colony for complete, lasting control long after the chemical's residual life.

Since carpenter ants nest in voids, either natural or excavated, the emphasis for comprehensive interior treatments is on treating voids, All treatments will include exterior treatment of ant nests and trails, entry points, doorways, etc. and adjacent vegetation. Thorough treatment aimed at nest elimination may involve drilling and injecting wall voids (at homeowners discretion), as well as targeted interior crack and crevice applications of modern residual products, baits and/or dusts.

For elimination of carpenter ants, it is important to locate the nest(s). Clues the professional seeks include: the presence of sawdust, "windows", tunneled woods, foraging trails, sounds produced by ants in infested wood, and actual ants. Questions such as "Where do you see ants most often" or "Do you have a moisture problem anywhere", or "Have you had a moisture problem in the past" will help locate nests. Carpenter ants typically invade moist and humid voids.

Where necessary, the treatment may include the following vulnerable exterior and interior locations:

Ant traps, foundation sprays and lawn granules are not enough! Controlling pests compared to eliminating the colony is like only putting out half the forest fire!

One of our secrets to finding and completely eliminating carpenter ant colonies is a tool called the Micro Injector designed to project insecticide droplets in precise amounts into cracks, crevices, and wall voids. The small droplets combined with a steady stream of air flush and eliminate insects from deep harborage and inaccessible areas. The Micro Injector is an important technological advancement in carpenter ant and general pest elimination. We also utilize modern non-repellent product residual products and baits designed to eliminate the colony at the source. 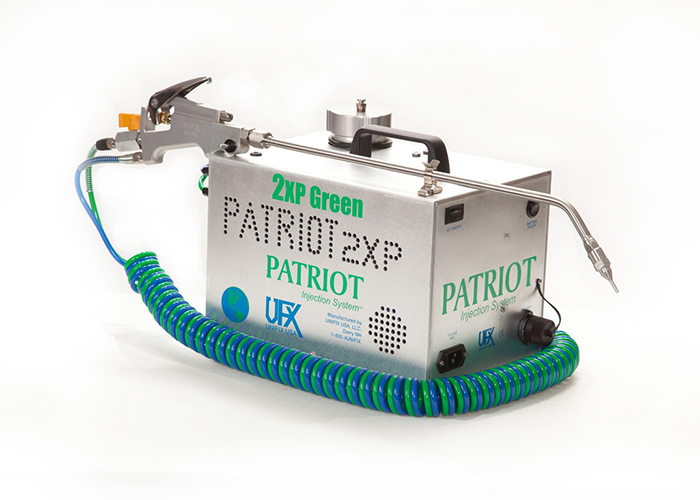